Richard is a savvy executive with over 40 years of residential and commercial real estate and building experience.  With an extensive background in sales and marketing, construction, land acquisition and HOA management, Richard has earned numerous regional and national Home Building awards.

A native of Charlotte and graduate of Myers Park High School and Queens University, Richard began his career in the late 1970’s renovating and selling historic homes in the Dilworth neighborhood.  Richard also consulted with Bob Vila of “This Old House” when he renovated the historic Davidson Family Home, “Oaklawn” in the late 1980’s.

Interestingly, as a result of his construction and real estate background, Richard has been recruited during times of natural disasters and catastrophic events in the U.S. to appraise damage for the insurance industry.  He has appraised damage caused by hurricanes, hail storms, tornadoes, California earthquakes and major floods, including Super Storm Sandy in New York city.  Additionally, Richard has built a state-of-the-art training facility, an interactive residential house within an office/warehouse building in Charlotte, NC for use by adjusters and insurance industry professionals.

Richard has been married to his wife Carolyn for 41 years and they have two grown daughters, Ashley and Meredith.  Richard is currently a board member of Little Church On The Lane.  He and Carolyn also lead a monthly couples enrichment group.  Richard is the past president of Providence Optimist Club, past president of the Park Crossing Homeowners Association, former Guardian Ad Litem (court appointed child advocate) and a recipient of the Paul Harris Award from Rotary International.  Carolyn has been a registered nurse for 37 years, currently with Carolinas Health Care (Atrium). She earned her Bachelor of Science in Psychology from St. Andrews University and her Nursing Degree from the Presbyterian School of Nursing.  She works with mothers and babies at CMC Main.  Ashley received her under graduate degree in Psychology from UNCC and her Juris Doctorate from Charlotte School of Law.  She is an attorney in the telecommunications industry.  Meredith is a graduate of the School of Art and Design from NC State and owns her own textile fabric design firm. 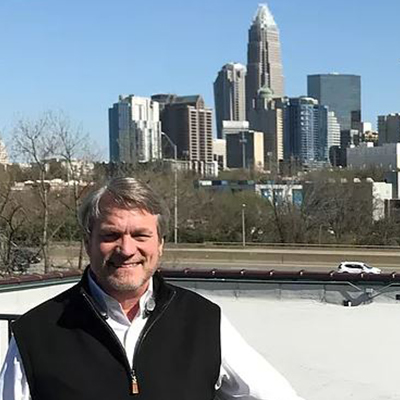